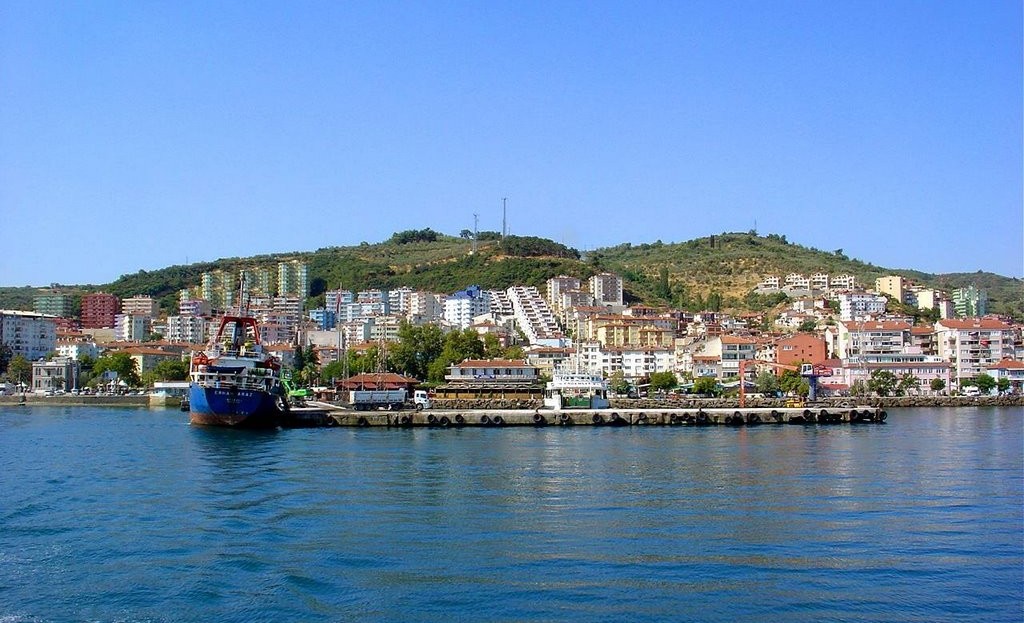 Mudanya (the site of ancient Apamea Myrlea), is a town and district of Bursa Province in the Marmara region of Turkey. It is located on the Gulf of Gemlik, part of the southern coast of the Sea of Marmara. As of 1911, it was connected with Bursa by the Mudanya–Bursa railway and a carriage road, and with Istanbul by steamers. Mudanya has only an open anchorage usable in calm weather. The town produces olive oil and there is a pier used by local fishing and cargo boats.

As of 1920, Mudanya was reported as having an approximate population of 5,000. A port city, it also had a railway connection to Bursa which was completed in 1875. The railway had a pier at the seaport of Mudanya for exporting. Istanbul was often the recipient of exported goods from Mudanya. Silk was a popular export.

The town was the signing place of the Armistice of Mudanya between Turkey, Italy, France and Britain on October 11, 1922, following the Turkish War of Independence.

After the Treaty of Lausanne and the Greco-Turkish population exchange agreement, the Greeks of the town were transferred into mainland Greece, establishing a settlement to which they gave the name of their previous town, Nea Moudania (New Moudania, located on the Chalkidiki peninsula, in the Macedonia region of Greece.) In return, a number of Cretan Turks were settled in Mudanya.