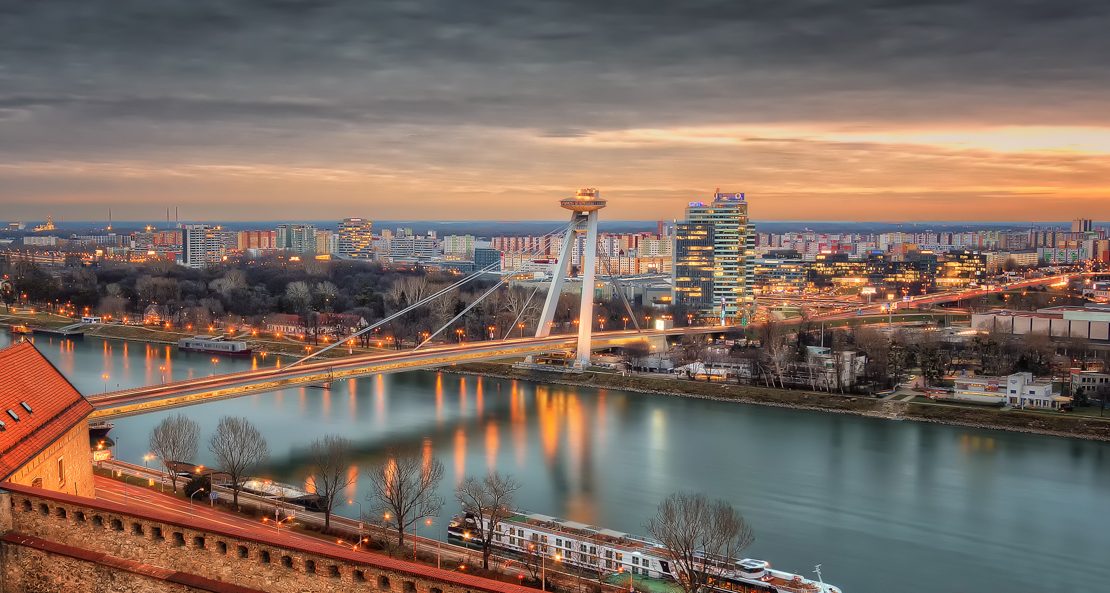 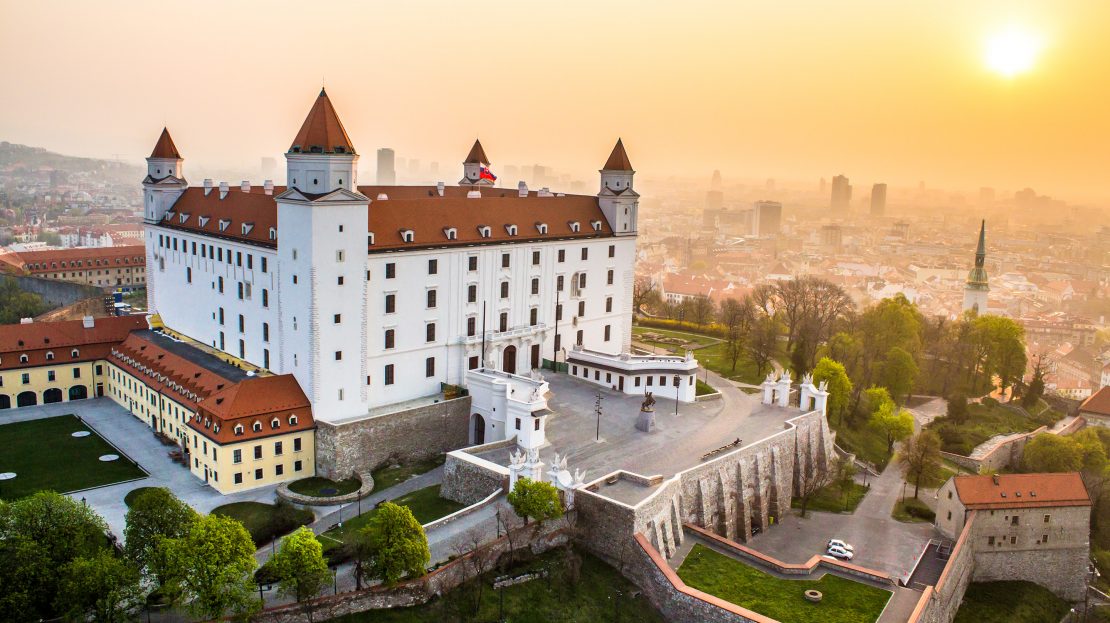 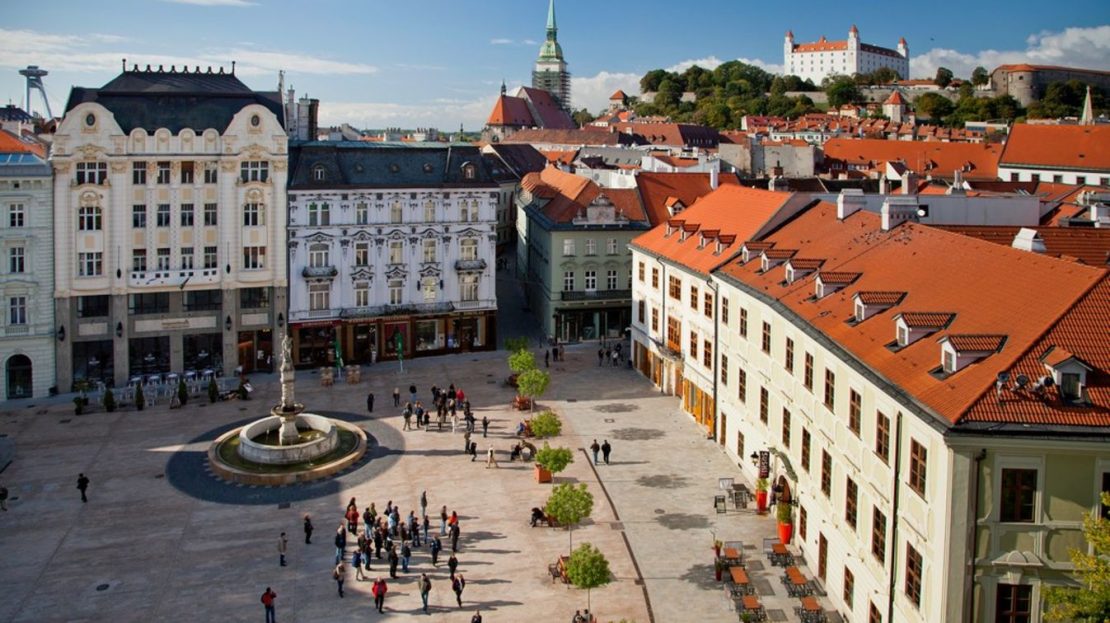 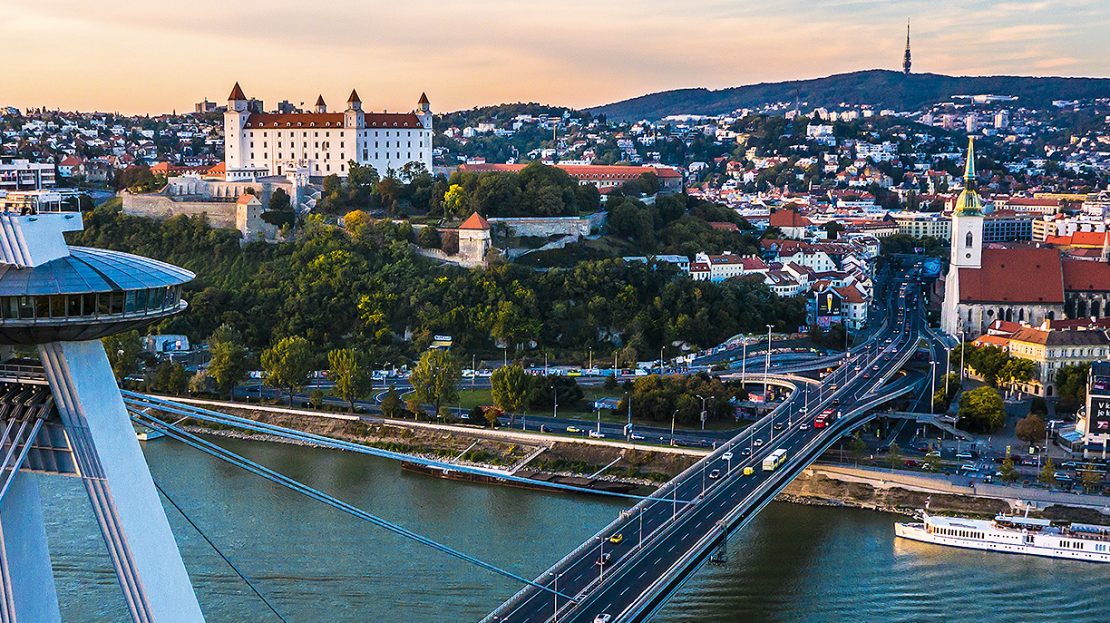 View on the Skyline of Bratislava from the Castle

Bratislava is the capital of Slovakia, and with a population of about 450,000, the country’s largest city. The greater metropolitan area is home to more than 650,000 people. Bratislava is in southwestern Slovakia, occupying both banks of the River Danube and the left bank of the River Morava. Bordering Austria and Hungary, it is the only national capital that borders two independent countries.

The history of the city has been strongly influenced by people of different nations and religions, namely by Austrians, Croats, Czechs, Germans, Hungarians, Jews, Serbs and Slovaks (in alphabetical order). The city was the capital of the Kingdom of Hungary, a part of the larger Habsburg Monarchy territories,[8] from 1536 to 1783 and has been home to many Slovak, Hungarian and German historical figures.