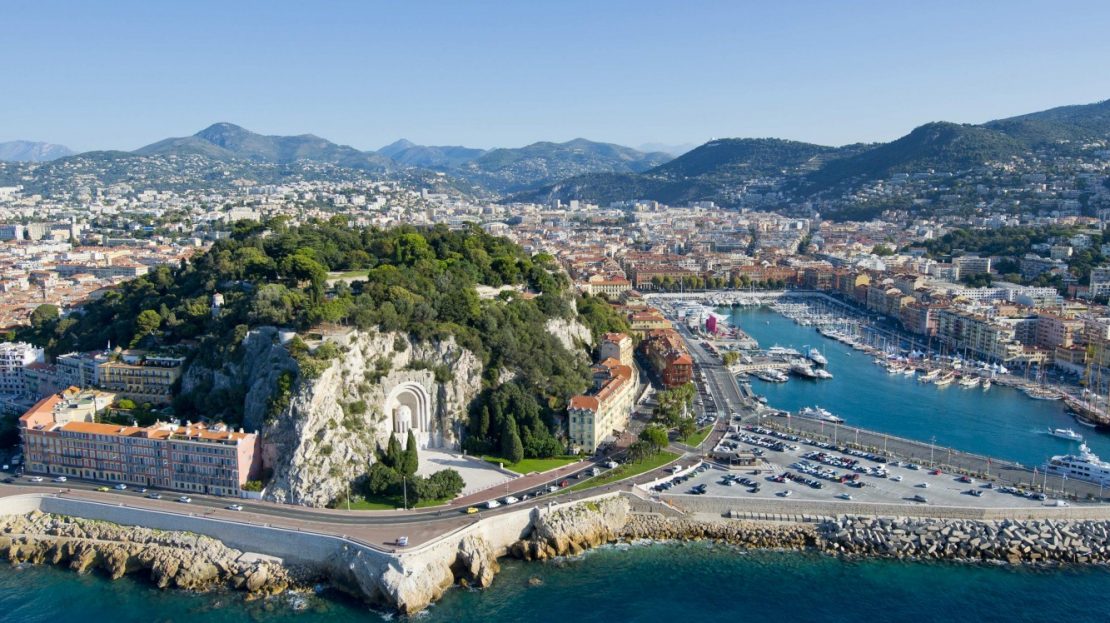 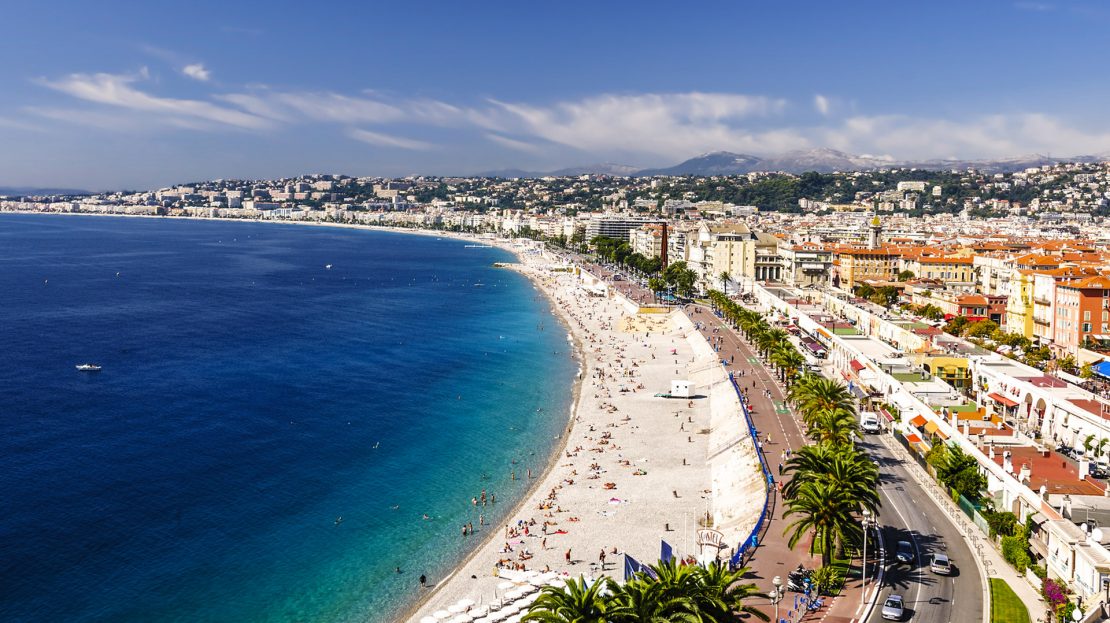 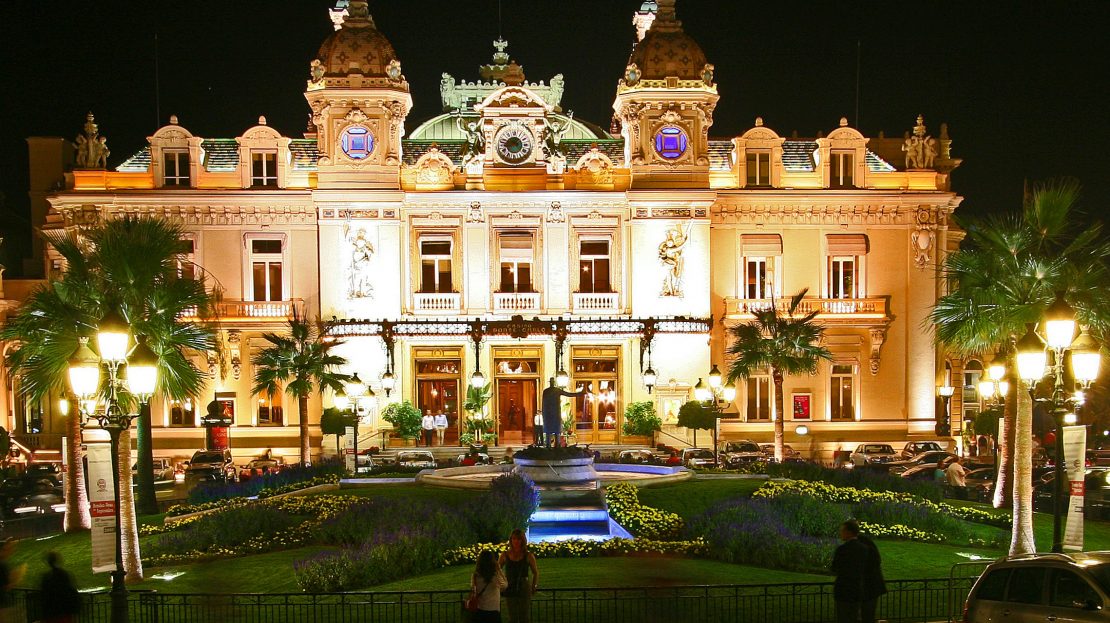 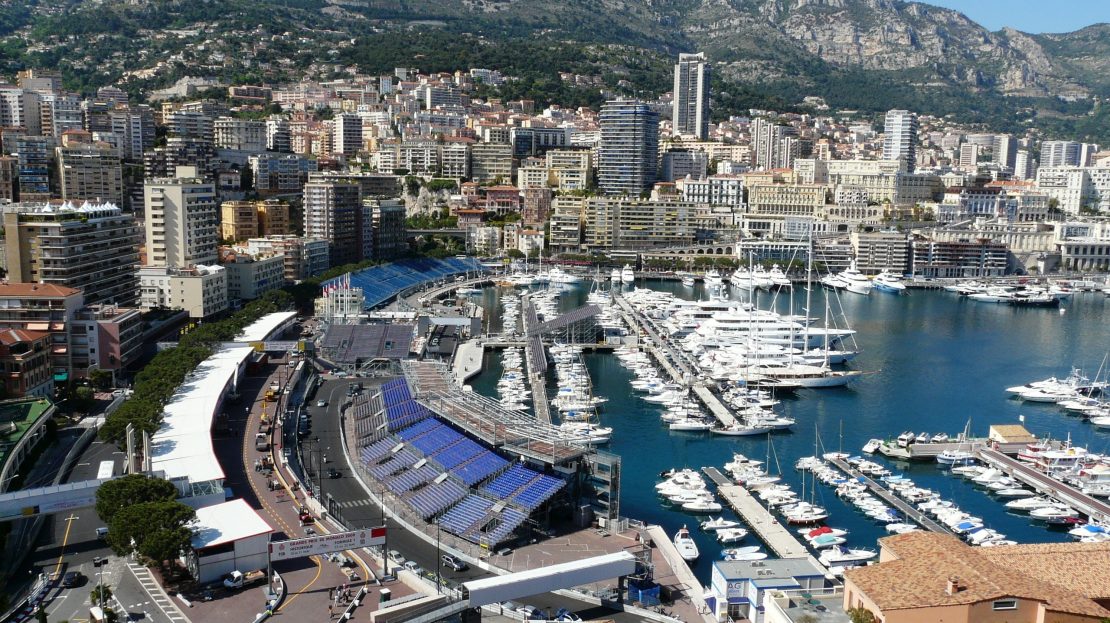 Nice is the fifth most populous city in France, after Paris, Marseille, Lyon and Toulouse, and it is the capital of the Alpes Maritimes département. The urban area of Nice extends beyond the administrative city limits, with a population of about 1 million on an area of 721 km2 (278 sq mi). Located in the Côte d’Azur area on the south east coast of France on the Mediterranean Sea, Nice is the second-largest French city on the Mediterranean coast and the second-largest city in the Provence-Alpes-Côte d’Azur region after Marseille. Nice is about 8 miles (13 km) from the principality of Monaco, and its airport is a gateway to the principality as well.

The city is called Nice la Belle (Nissa La Bella in Niçard), which means Nice the Beautiful, which is also the title of the unofficial anthem of Nice, written by Menica Rondelly in 1912.

The area of today’s Nice contains Terra Amata, an archaeological site which displays evidence of a very early use of fire. Around 350 BC, Greeks of Marseille founded a permanent settlement and called it Nikaia, after Nike, the goddess of victory. Through the ages, the town has changed hands many times. Its strategic location and port significantly contributed to its maritime strength. For centuries it was a dominion of Savoy, and was then part of France between 1792 and 1815, when it was returned to Piedmont-Sardinia until its reannexation by France in 1860.

The natural beauty of the Nice area and its mild Mediterranean climate came to the attention of the English upper classes in the second half of the 18th century, when an increasing number of aristocratic families took to spending their winter there. The city’s main seaside promenade, the Promenade des Anglais (“Walkway of the English’) owes its name to visitors to the resort. For decades now, the picturesque Nicean surroundings have attracted not only those in search of relaxation, but also those seeking inspiration. The clear air and soft light have particularly appealed to some of Western culture’s most outstanding painters, such as Marc Chagall, Henri Matisse, Niki de Saint Phalle and Arman. Their work is commemorated in many of the city’s museums, including Musée Marc Chagall, Musée Matisse and Musée des Beaux-Arts. Nice has the second largest hotel capacity in the country and it is one of its most visited cities, receiving 4 million tourists every year. It also has the third busiest airport in France, after the two main Parisian ones. It is the historical capital city of the County of Nice (Comté de Nice).

Monte Carlo (literally “Mount Charles”) is situated on a prominent escarpment at the base of the Maritime Alps along the French Riviera. Near the western end of the quarter is the world-famous Place du Casino, the gambling center which has made Monte Carlo “an international byword for the extravagant display and reckless dispersal of wealth”. It is also the location of the Hôtel de Paris, the Café de Paris, and the Salle Garnier (the casino theatre which is the home of the Opéra de Monte-Carlo).

The eastern part of the quarter includes the community of Larvotto with Monaco’s only public beach, as well as its new convention center (the Grimaldi Forum), and the Monte-Carlo Bay Hotel & Resort. At the quarter’s eastern border, one crosses into the French town of Beausoleil (sometimes referred to as Monte-Carlo-Supérieur), and just 5 miles (8 km) to its east is the western border of Italy.